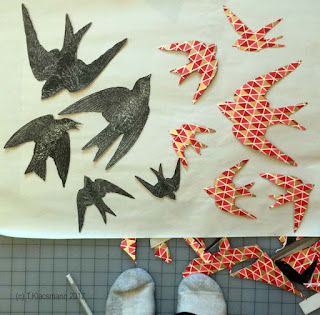 As we can see, lots and lots (and lots) of swallows this week!  The time had come to try adhering the patterned paper to the backs of the swallows and cut them out.  Because of the number of swallows and time constraints, I wanted to adhere the full sheet of swallows to full sheets of patterned paper and then cut them out. Adhesion is always a concern, and I was especially conscious of wanting to be sure that the edges would be nice and flat after they were cut.

I decided to use some book making techniques and treat it like adhering a paper cover to book board.  I used Jade 403 adhesive - an acid-free pva.  To get the sheet covered evenly and quickly I used a micro, soft roller, then placed the sheets together, pressed outward from the center with a bone fold, then ironed and set under weights overnight (exactly what I would do with a book cover).

As far as I can tell - it worked (big thumbs up!)  So...then it was a matter of repeating it, over and over and over.  I also added white, black, and gold ink to the printed side to heighten and individualize each swallow. 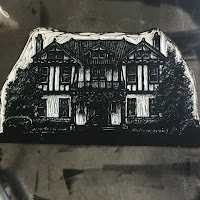 I also carved and printed the house block for the cloche. It was nice working with my favorite block material again on this 5 x 8" block. 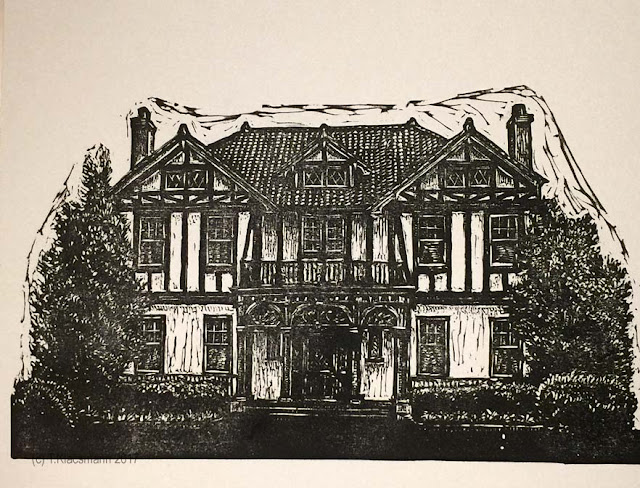 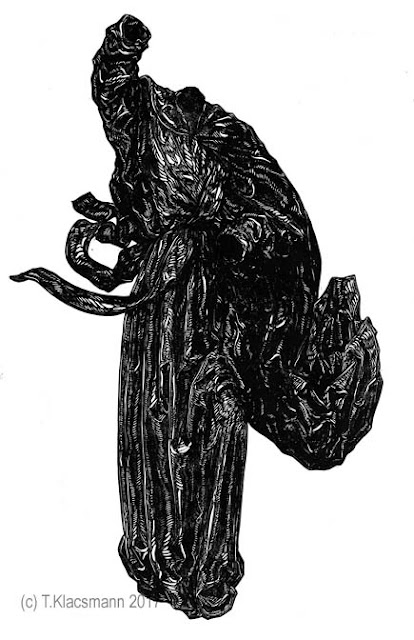 I also took the next step in working on the drapery block - I scanned it, and now have a digital scaled version that's 70". I'm relieved to see that there is enough detail that I think it will work well as a template on the larger scale. I plan to finish the swallows first before moving on to the next project, but also want to have all the prep work for the next project ready.

In creature news: This is what it looks like when my Princess has successfully nestled in to the middle of the heated blanket, and Jr. has started to edge in along the blanket's border, haha. (As far as I can tell, "sharing" is not a kitty virtue :P ). 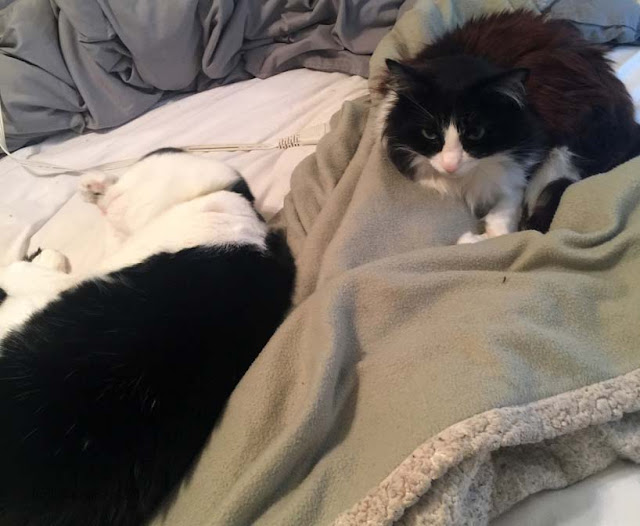 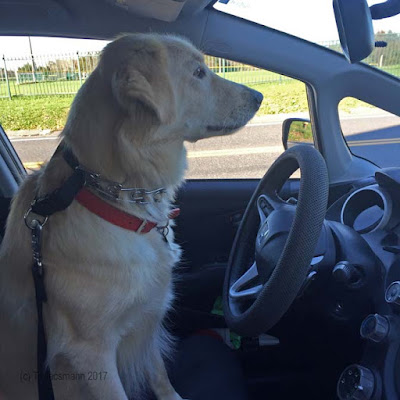 I also thought this was funny - just like Honey really, reeeeeally wants to sleep in the human's bed; apparently, she also really wants to sit where the human sits in the car, haha.

In nature news - winter is coming and it feels cold and dark all the time. 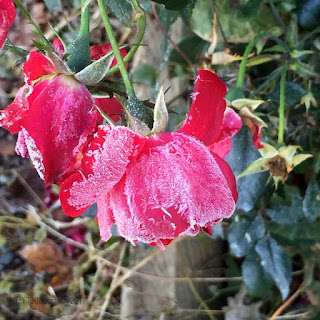 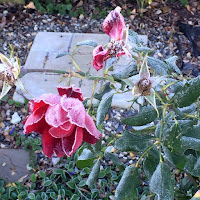 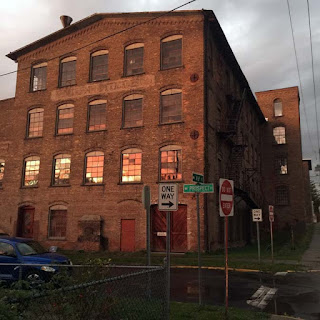 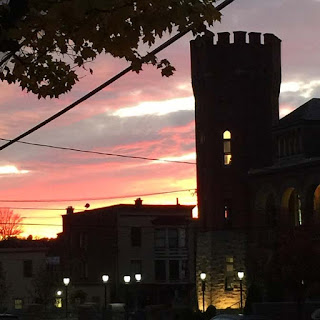