We have a mobile!(!!)   This week, the first swallow mobile took flight! 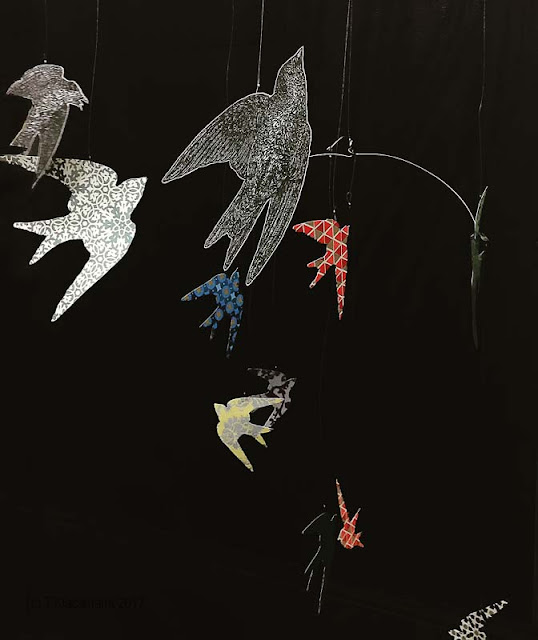 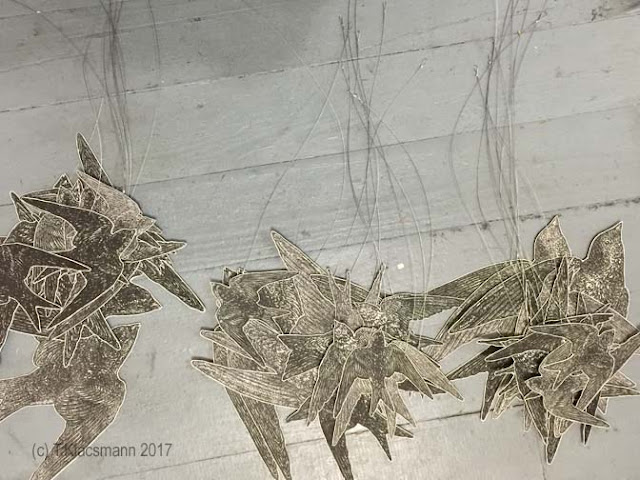 I also made a new collage, getting back to some of the things that I dropped to work on the swallows.  It's been bothering me a little that the rose bough that I finished just before starting the swallows has never made it into a finished collage.  In July I tried one where I collaged the roses in, but this time, I wanted to try selectively painting the roses (very, very, carefully). 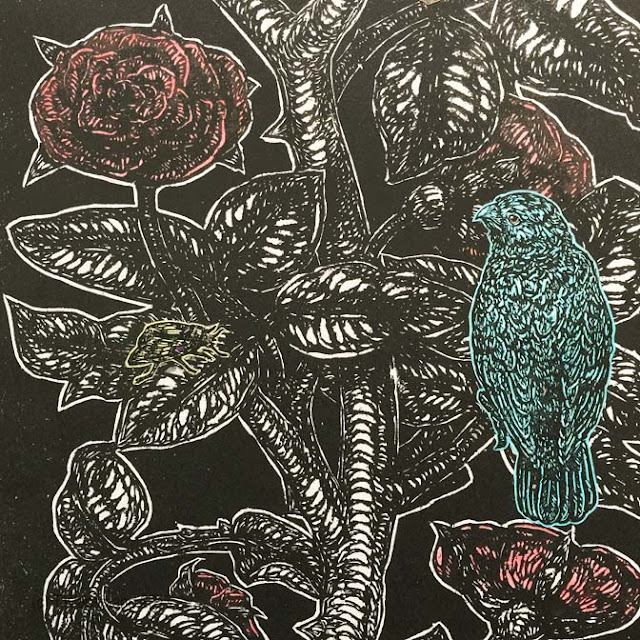 I like the way this looks with the fox (I did some digital magic to double it and put it on both sides to see what it might look like with pendants)... 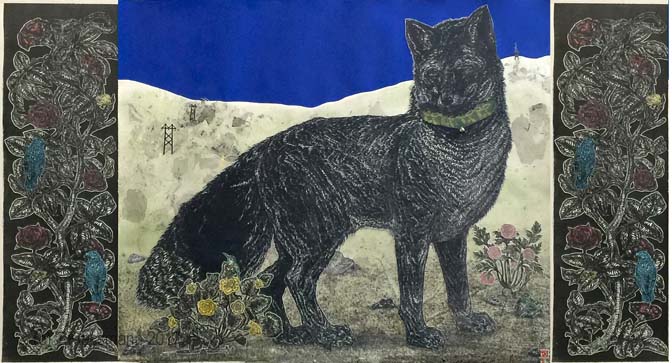 I like this, and the funny thing is how very much it reminds me of a piece from my thesis in 2010 (the composition, the flat background, even the palette and sprinkling in of the little lizard and bugs in the borders, haha). On the one hand, I guess, in some ways, my taste hasn't changed that much; on the other, one is a painting and the other uses relief prints, so I've learned a whole new medium since then (and I think this one is a better fit - the borders in the painting are based on relief prints, it just didn't occur to me at the time to keep them in the same medium.)   Also the marbling is a new addition since then and the change from canvas to paper. More than the particulars though, I think it's a change in the way it works as a system - by making blocks I can repeat aspects without having to start from scratch every time (which I appreciate O:) ). 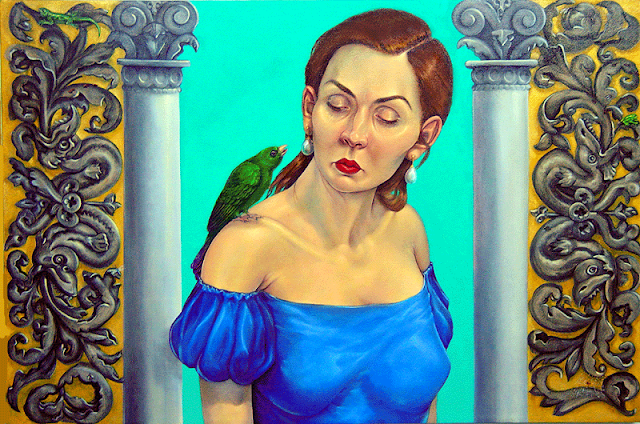 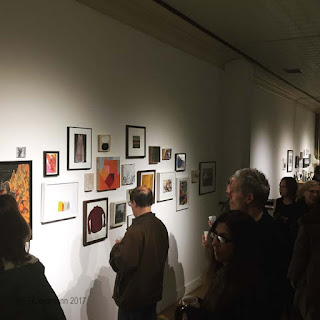 It was a very busy week outside the studio too - En Masse 2017 opened at Thompson Giroux Gallery and I think the show looks great!

I also went on an art adventure with friends to the Northampton Book and Book Arts Fair (which was awesome - I was so busy looking at the prints that I forgot to take a photo, haha).

I made the first batch of gingerbread cookies of the season (kittied and owls, naturally.) Saturday was the annual Winter Walk in Hudson, and I saw a terrific show, Colly in the Milkyway by Colly Howan. at Gallery at 46 Green St , and then there were fireworks. 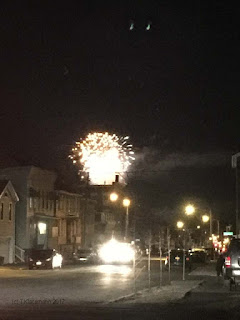 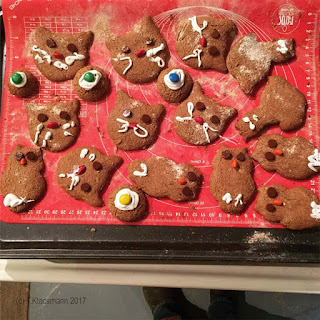