Yay! The swallows are installed! (Whew!)  "Swallows" is part of the upcoming exhibition 10 Artists/ 10 Pieces, curated by Joan Baldwin and opening Friday, Jan. 12th 4 -5 pm at The Hotchkiss School.

As you may have guessed - it was a very (very!) busy week in Artlandia, and I'm looking forward to seeing the whole show Friday :) !


Of course, now that the swallows are done...it's time to get back to all the things that have kind of been on "pause" while the swallows were in process including the second side panel for the fox.


I enjoy these, but I felt like they really needed a little something to relate them back to the seven deadly sins project, all of which include faux-garbage, so I carved a new block of refuse to go in at the bottom. 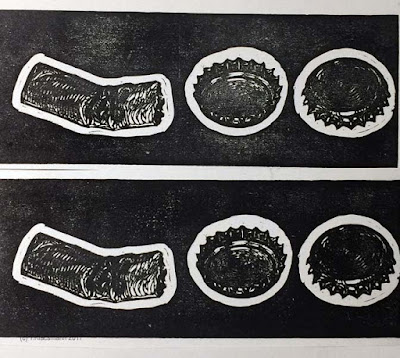 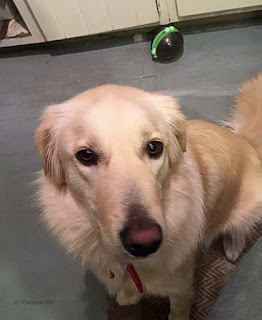 And in creature news - there was a bit of a pup-mystery early in the week.  Honey's nose has been turning pinkish-brown for a couple of weeks. It didn't seeming to bother her, but I did some research, and apparently this is a thing in White German Shepherds as well as Golden Retrievers, called "snow-nose." Now that I know nothing is wrong, I think it's super cute.

Junior and my Princess were in fine form this week.


And our nature shot of the week: 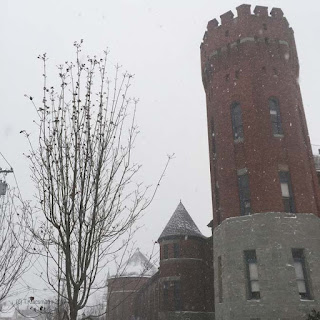